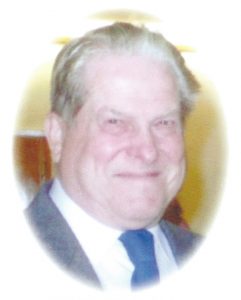 Sadly we have to report the death on February 22nd of Keith Younger.

Keith was a Member of East Grinstead War Memorial for over 40 years, and a Council Member for much of that time. He only reluctantly resigned from his Council position a few weeks before his death and was still attending meetings in 2015.

Keith was a long-time resident of East Grinstead and was one of our few remaining Members who met Alfred Wagg, our benefactor. Keith recounted that he used to deliver the newspapers to Mr Wagg as a youngster before WW2.

Keith’s other very relevant link to EGWML was that he was planning to go to the Whitehall Cinema in London Road the day it was bombed, with the tragic death of 108 East Grinstead residents. The cinema was full that day, and with a friend he went elsewhere – a circumstance which turned out to be very lucky for him.
He was involved in many local sporting and social organisations, and although a man of few words at Council meetings, when he did have something to say, it was always perceptive and relevant.

Our thoughts are with his wife Doris, and his extended family, and we thank him for his huge input into East Grinstead War Memorial Ltd.