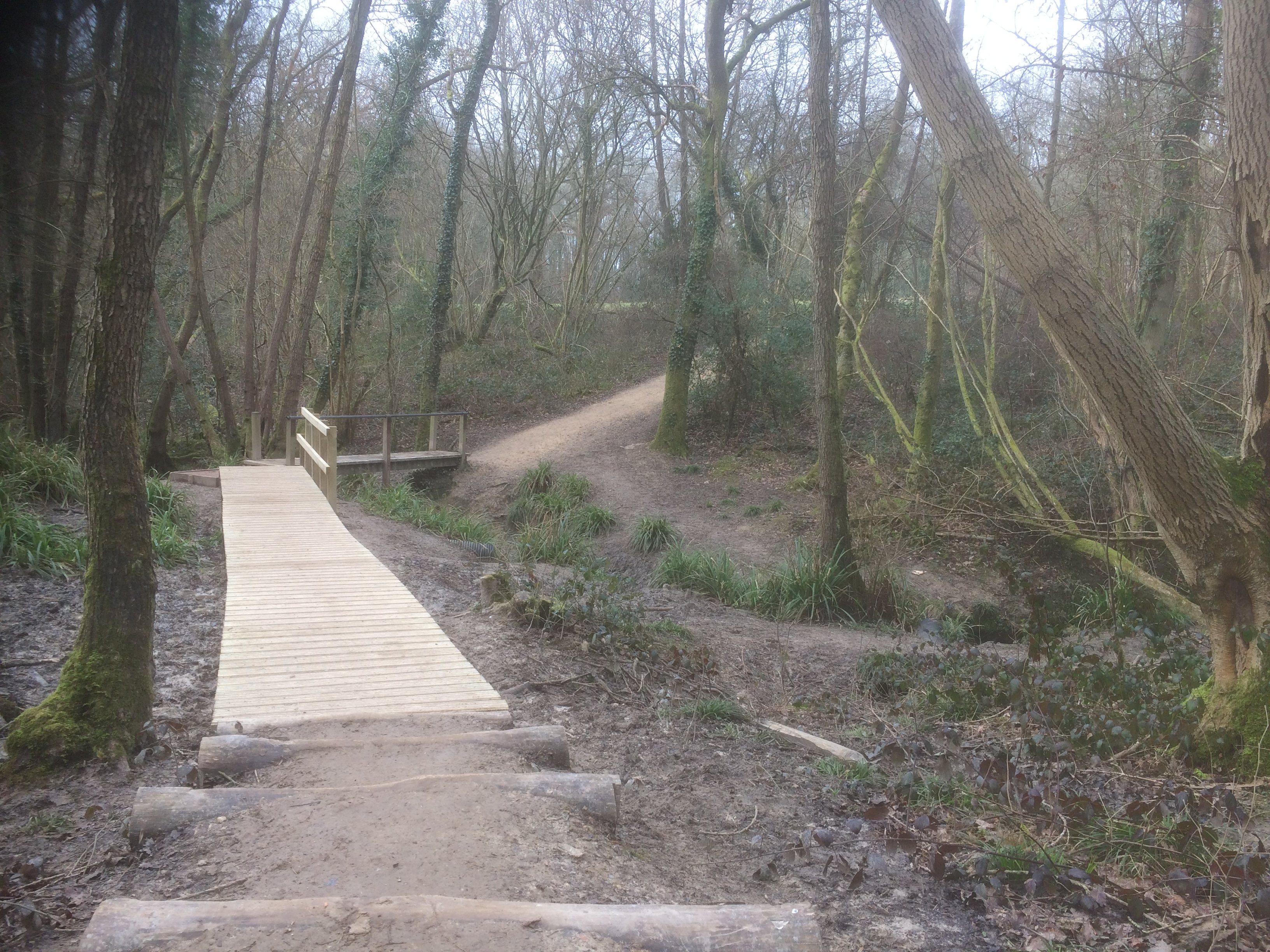 The footpath improvements in East Court and Ashplats Wood are nearing completion – for the time being at least. New flights of steps, several new boardwalks, improved surfaces and a new ‘heritage’ brick path in front of the East Court Mansion have all been installed in recent months.

However, it has now been realised that more improvements will probably be needed to improve the experience for walkers, and these are being considered by MSDC, but could not be installed until next winter when Great Crested Newts would be hibernating. Some changes to drainage will probably also be needed.

During the construction process some significant damage has been done to some of the old paths and tracks, and EGWML will keep pressure on MSDC to ensure this image is quickly rectified.